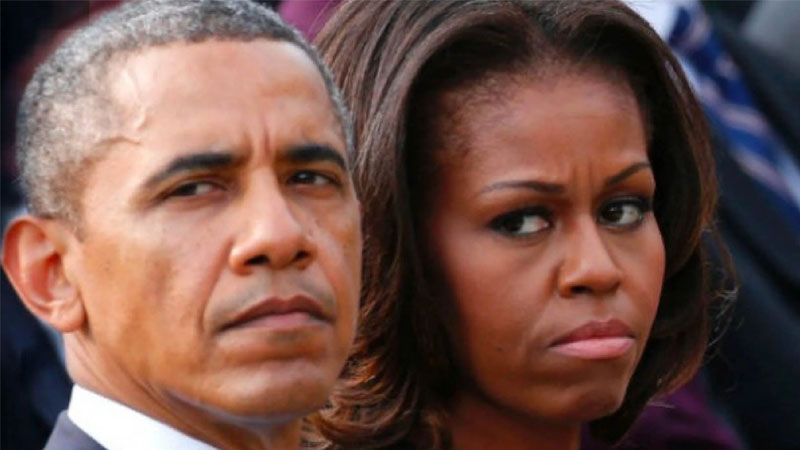 On Tuesday the first anniversary of George Floyd’s death, Former President Barack Obama and his wife Michelle addressed out to pay to offer to him, and to say that the last year has “given us reasons to hope.”

Having said that over 20 people lost their lives throughout those disorders, and numberless businesses and homes were destroyed. This country has never been more divided than now it is. How is that “hopeful?”

Once again, the Obamas fall to their most economic low and politicize circumstances that made so much death, sorrow, and loss, for their gain.

But in reality, it seems that these people have no guilt whatsoever.

They said that: “George Floyd was murdered one year ago today. Since then, hundreds more Americans have died in encounters with police parents, sons, daughters, friends taken from us far too soon,” Obama wrote on Twitter. “But the last year has also given us reasons to hope.”

“Today, more people in more places are seeing the world more clearly than they did a year ago. It’s a tribute to all those who decided that this time would be different and that they, in their ways, would help make it different.”

Going on to add that progress he proceeded: “takes time.” Then Obama concluded, “But if we can turn words into action and action into meaningful reform, we will, in the words of James Baldwin, ‘cease fleeing from reality and begin to change it’”.

Michelle also considered Floyd by sharing a video on social media in which his daughter Gianna said that “Daddy changed the world.” Michelle wrote alongside the video: “It’s been a year since those horrifying 8 minutes and 46 seconds stole George Floyd’s life.

Today, I am thinking of this clip of his daughter Gianna, and all the young people out there who have seen so much, but refuse to give up hope”.

“All of us have a role to play to hold our leaders accountable and speak out about injustice. Let’s make sure that ‘Daddy changed the world’ isn’t a fleeting moment online, but a lasting change across the country,”

Michelle proceeded with saying that. “I’m sending all my love to Gianna and the rest of the Floyd family today. Her dad did change the world, and now it’s up to the rest of us to continue changing it for the better.”