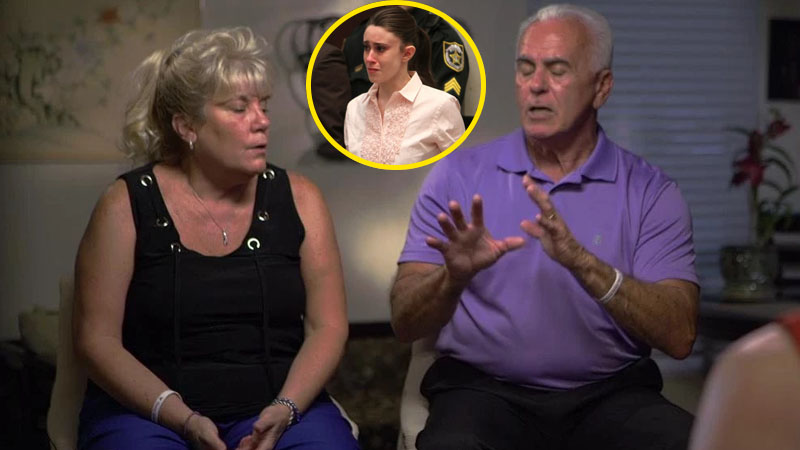 George Anthony has apparently softened his heart when it comes to his estranged daughter, Casey Anthony, who stood accused several years ago of murdering her child in a widely publicized case.

According to the details, Anthony, appearing on The Dr. Oz Show, said he forgives his infamous daughter for everything. “I just want to let her know how I felt,” he says.

“I know of one thing I did say to her: ‘I would love to see you and I would love for mom to know where you’re at, how you’re doing.’”

Anthony continued: “I said, ‘Casey, no matter what, I’m still your dad and I love you.’ That was hard for me, but I needed to get that from me because you can’t move on if you keep on holding all these things inside, you need to be able to express yourself.”

Anthony’s remarks come less than two months after he was badly injured when his vehicle overturned on a Florida interstate.

George and Casey have had a fractured relationship since she was charged with murder in the 2008 death of her 2-year-old daughter, Caylee. During her 2011 trial, her defense team alleged that George had molested Casey from the time she was young — an allegation he strongly denied.

The trial became a media circus, with at least 40 million people watching at least some of the testimony, according to Nielsen Research. She was acquitted of murder and manslaughter charges on July 5, 2011 — but convicted of four counts of lying to police.

After her controversial acquittal, she was described by a Florida Department of Corrections spokeswoman as “one of the most hated women in America”. The trial damaged the father-daughter relationship; they had not spoken for several years.

But now, George Anthony says he’s ready to move on. “Even though what she’s done to Caylee, to her, and I or anyone else, I just wanted [her] to know that I was ready to forgive her,” he told Dr. Mehmet Oz.

“At least I wanted to see her and talk to her. No matter if it was an hour or five minutes or whatever, I just wanted to just see her. I miss a hug from her,” George Anthony continued. “And those hugs that I got from her or from Cindy they mean the most.”

Kim Kardashian’s Upsetting Announcement–We’re Shocked And Sorry For Her!