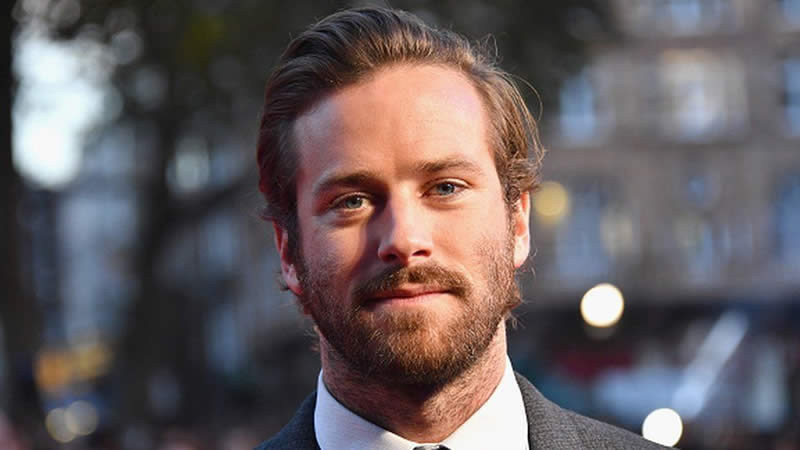 US actor Armie Hammer has been accused of raping a woman in Los Angeles in 2017.

The woman, a 24-year-old named only as Effie, made the allegations during a virtual news conference on Thursday.

Hammer, 34, denied the allegations. His lawyer said they were “outrageous” and Hammer “welcomes the opportunity to set the record straight”.

Los Angeles police told the BBC Hammer was a suspect in a sexual assault investigation opened on 3 February.

The accuser broke down while reading a prepared statement about the allegations against Hammer, known for films including The Social Network and Call Me By Your Name.

What did the woman allege?
She spoke alongside high-profile women’s rights lawyer Gloria Allred, alleging she first met Hammer on Facebook in 2016, when she was 20.

“I fell in love with him instantly,” she said.

The women alleged that, as the relationship progressed, Hammer used “manipulation tactics in order to exert control over me”.

She said he would “test my devotion to him, finally removing and crossing my boundaries as he became increasingly more violent”.

The woman accused the actor of abusing her “mentally, emotionally and sexually”.

She said: “Armie Hammer raped me for over four hours in Los Angeles, during which he repeatedly slapped my head against a wall, bruising my face.

“During those four hours, I tried to get away and he wouldn’t let me. I thought that he was going to kill me.

“He then left with no concern for my wellbeing. I was completely in shock and I couldn’t believe that someone I loved did that to me.”

She said she was left suicidal by the alleged rape, adding she felt “immense guilt” at not speaking out sooner.

The lawyer said all of Hammer’s relations with the woman had been “completely consensual, discussed and agreed upon in advance, and mutually participatory”.

Mr Brettler sent the BBC a screengrab of text messages purported to have been sent by the accuser that contained suggestions of extreme sexual behaviour. He said Hammer had responded to the woman, making it clear that he did not want to maintain that type of relationship with her.

“[Her] attention-seeking and ill-advised legal bid will only make it more difficult for real victims of sexual violence to get the justice they deserve,” the statement added.

In January, Hammer pulled out of a new film, Shotgun Wedding, with American actress and singer Jennifer Lopez after what he described as “vicious and spurious online attacks against me”.

Hammer’s starring role in the action comedy has been recast. He also left The Offer, a drama series about the making of The Godfather.

Hammer and his wife, TV host Elizabeth Chambers, announced their divorce in July 2020. Ms Chambers released a statement last month, saying she supported “any victim of assault or abuse”.