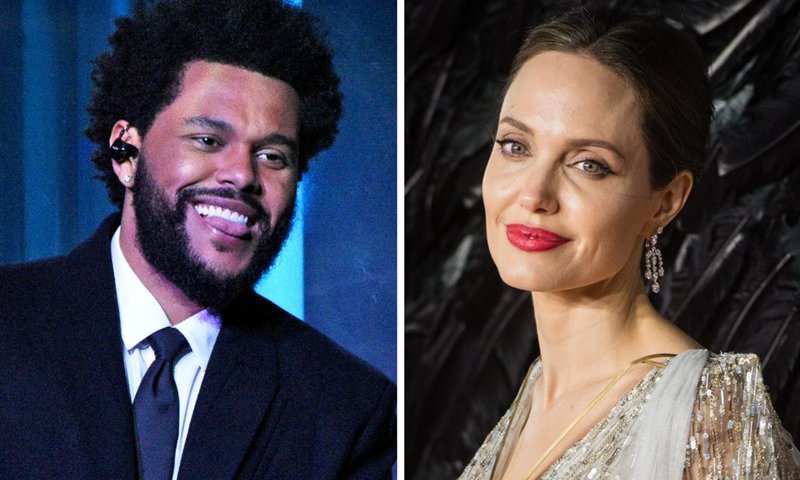 Angelina Jolie and The Weeknd were reportedly seen grabbing dinner together in LA and the recent meeting of this unlikely duo has sparked several rumors including a romantic involvement. Considering both Jolie and The Weeknd are reportedly single, their recent dinner meet made heads turn thus fuelling romance rumors. Although, it has also been observed that the duo’s meet comes following the recent news of The Weeknd’s involvement with an HBO series.

As per Page Six, Jolie and The Weeknd were spotted leaving a Los Angeles restaurant Wednesday evening separately. It was also reported that the duo spent hours at the high-end eatery. While Jolie was seen leaving wearing a tan trench coat along with a black dress, The Weeknd aka Abel Tesfaye was dressed in a casual look with a denim jacket on.

The unlikely pairing’s meet has caused a storm of speculations including that Jolie could be in talks for the HBO series that The Weeknd is co-writing as well as starring in. Although the chances of it being a romantic evening haven’t been ruled out by fans.

As per Page Six, a source close to The Weeknd informed, “They’re clearly not trying to hide [the dinner date]. He’s definitely focused on getting to the movie business. He has the new HBO series he’s starring in.”

Among the many other things that Jolie and The Weeknd could bond on, one is also philanthropy. The Blinding Lights singer recently donated USD 1 million to Ethiopia amid the country’s rising tensions in Tigray Region. Angelina is known to be a champion for several causes and also holds a special place in her heart for Ethiopia given that her daughter Zahara Marley hails from there.

As for their dating history, while Jolie has been involved in a custody battle with ex-husband Brad Pitt following their divorce, The Weeknd has dated model Bella Hadid and singer Selena Gomez in the past.