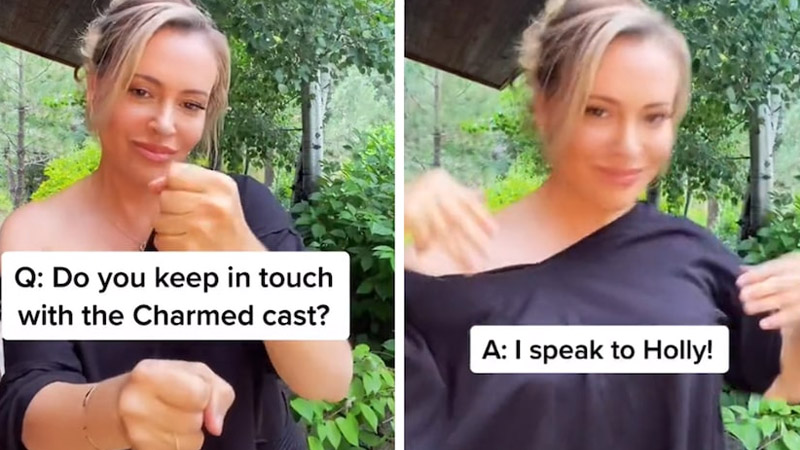 The 48-year-old actress joined the Chopping Dance craze this week and performed the choreography while answering some of the “most frequently asked questions about my career.”

She was questioned if she remained in touch with her former costars after stating Phoebe from “Charmed” was one of her favorite characters to play in her career.

Her response was: “I speak to Holly,” as in Holly Marie Combs.

The three Halliwell sisters, played by Milano, Combs, and Shannen Doherty, were the focus of the original WB series. When Doherty left the program, McGowan stepped in to play Paige, their long-lost sister.

When a fan in the comments asked, “Care to explain why you don’t talk to Rose?? Of course not!!”, Milano took the bait.

“Because she’s been publicly very hurtful to me and my family. Simple as that,” she replied. “Love her always though. I hope she heals and finds solace.”

Considering their past social media interactions, her response shouldn’t come as a surprise to anyone.

According to TooFab, the two most recently interacted about politics on Twitter in August 2020, when McGowan questioned what the Democratic Party had done to “solve anything.” Milano responded with a string of achievements.

McGowan retaliated by accusing Milano of creating a “toxic” environment on the set of “Charmed” and copying Tarana Burke’s #MeToo campaign.

McGowan has previously tweeted, “I don’t like her” in regards to Milano, adding, “Because I think she’s a lie.”