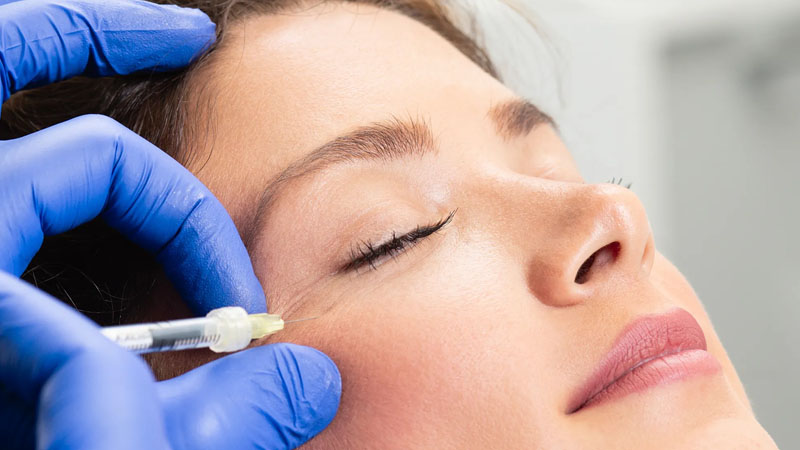 In recent years, there has been a steady rise in the number of people opting for botox procedures. However, there have also been several reports about the harmful effects of such procedures.

You may suffer from cosmetic side effects and face medical risks if you get the procedure done from an inexperienced injector or if you insist on getting a particular look, despite the complications.

We give you some of the side effects of the notorious botox.

Your face would remain immobile and stiff due to this possible and common side effect. You may end up looking like a robot. This could be a result of inaccurate botox dosage. Such a side effect could really prove detrimental to your physical as well as emotional well-being.

Many times you may end up having one or both eyebrows arched unnaturally high. Due to this awkward elevation of the eyebrow/s, you may end up having a surprised look on your face all the time. Also, you may have some unusual wrinkles over your lateral brow. All these side effects occur when the injection is not administered properly.

This is another complication that is very common. You may end up having droopy eyebrows which would make your eyelids feel heavy. Although this is a temporary side effect and can be taken care of, it can still leave you feeling scared and shocked.

If you are given an over-dosage of botox on your forehead (especially the frontalis muscle), then you may end up feeling that your forehead has become heavy. Your forehead will droop along with your eyebrows.

This condition could occur hours to weeks after you have had an injection. Botulism happens when the effect of botulinum toxin starts affecting the other areas of the body that are far away from the injection site. Some of the symptoms of botulism are loss of strength, double or blurred vision, loss of voice, weak bladder control, and more.

You may suffer bruising or tingling in the area where you have been injected. That particular area looks discolored as a result or as though you’ve just got out of a fight.

The way Botox works are that it temporarily paralyzes the muscles of the desired area. Sometimes, the paralyzing effect spreads areas around the target area causing temporary paralysis. This can in turn result in facial paralysis.

You may suffer from temporary side effects like pain in the face, headaches, redness of the skin, and nausea.