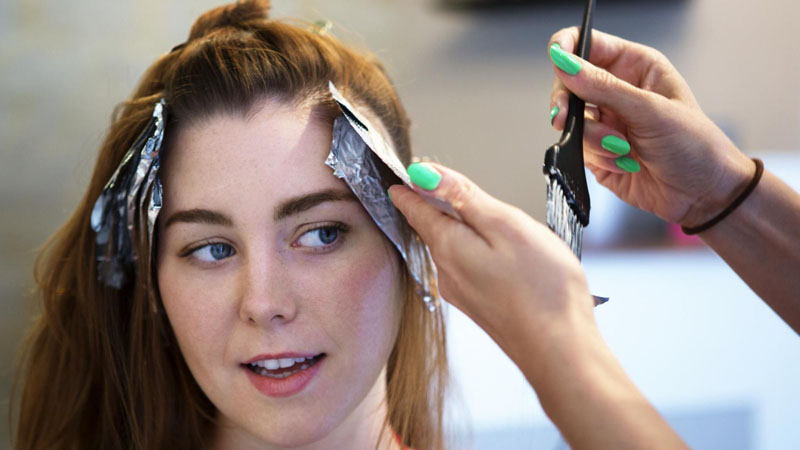 In recent years there has been a great surge in the number of women choosing to color their hair using chemical dyes. There have been several types of research that indicate that hair dyes might be the cause behind many health hazards. Also, the darker the shade, the more risk it poses to your health.

We give you a list of the negative effects that some of the hair coloring products might have on your hair.

The allergic reaction caused by some of the dyes is so bad that it could sensitize you in a way that you would not be able to tolerate any topical cosmetics on the skin. Always ensure that you do a preliminary test before you apply the dye.

2. Effect on eyes and scalp

Some chemical hair coloring products may cause irritation and redness in the eyes. Also, they may lead to itching, sores, and burning sensations on your scalp.

3. Damage due to pesticide contents

Several hair dyes have Alkylphenol ethoxylates (APE), which are found in spermicides and pesticides. These may lead to a hormonal disruption in your body.

A study by Yale researchers found out that those who are lifetime users of hair coloring products are at a greater risk of developing non-Hodgkin’s lymphoma. It is cancer that attacks the lymphatic system, which is a part of your body’s immune system.

There have also been studies that indicate that regular use of chemical hair coloring products might be one of the causes behind Hodgkin’s disease, another type of lymphatic cancer, and multiple myeloma.

Para-phenylenediamine (PPED), a dye present in most hair colors, has been found to be carcinogenic to the breast. There have been several other evidences to suggest that the use of hair dye has a connection to breast cancer.

7. Bladder and other cancers

Studies also indicate that those who use hair coloring frequently are at a greater risk of bladder and other cancers.

If a woman uses a hair dye shortly before conception or during pregnancy, there are 10 times more chances of childhood cancer.

Why do facial exercises and facial massages work so effectively?

6 Tips on How to Look Fabulous All the Time